The Torbane Balcony is a ledge running for some 750 metres along the western face of the pagodas of Mt Airly's 'Great Wall'. The ledge twists and turns as it follows the contours of the pagodas. There are views to the southwest near the southern end of the ledge.

Along most of it's length the Torbane Balcony has a sheer drop below it. There are several pagoda complexes projecting to the west. Where the ledge passes there it is possible to walk onto or off the ledge.

There are nice ferns growing in the overhangs, particularly in the shaded areas in the tight curves. In one moist shaded area there are several beautiful stalagmites forming as water seems through the sandstone above.

Access to the southern end of the ledge is tricky and it is probably easier to explore from the north.

After lunch we returned to the ledge and continued walking south to find a spot where a tree has developed strange root nodules resembling stalagmites and thought to assist in water capture.

From this point the ledge is very high and it quickly becomes too narrow to traverse. We used a slot to climb up to the top of the pagodas and headed back to the top of Mt Airly.

• Airly Gap to the Torbane Balcony 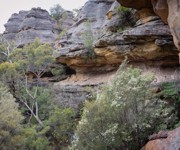 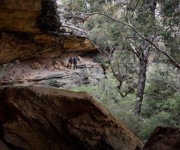 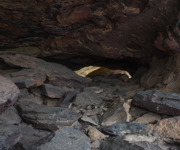 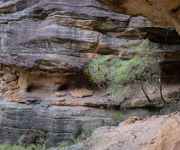 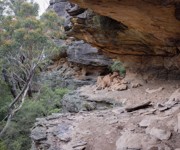 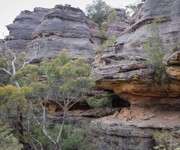 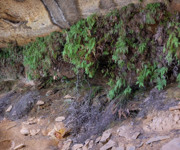 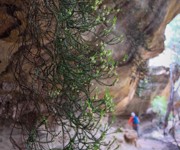 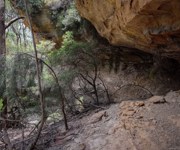 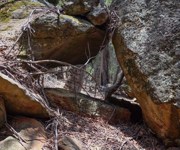 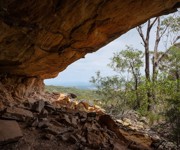 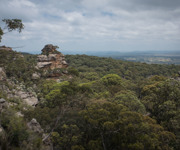 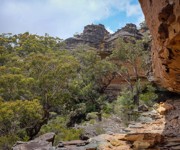 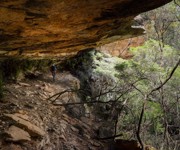 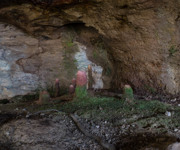 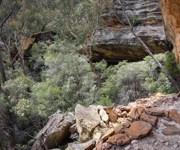 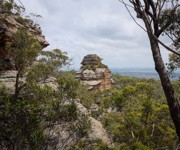 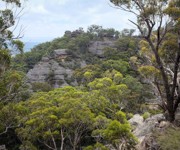 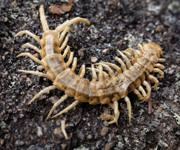 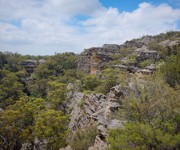