When Oil Shale Mining started in 1883 at Mt Airly and Torbane, a small village named Airly sprang up in the valley immediately to the east of Mt Airly.

There was no town planning. Small ramshackle huts were built wherever there was a level bit of ground large enough to support foundations and the chimney.

Some miners took advantage of rock overhangs and built cave houses, filling in gaps with stones. These houses were very small and cramped. A couple of the cave houses are in remarkably good condition.

A horse-drawn tramway for hauling shale from the mines to the railway ran through the village.

Mining had ceased by 1914 and most of the population moved away soon after.

Not much is left of the village today. There are large open spaces in the valley. Along the old tramway there are the remains of several stone or brick houses and several some cave houses.

• Airly Gap to The Towers and return 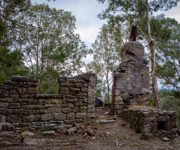 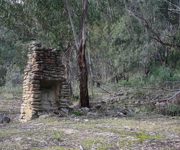 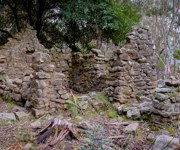 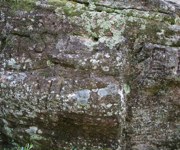 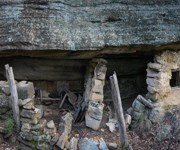 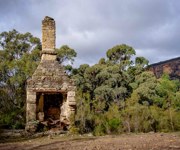 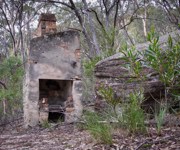 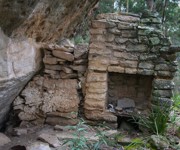 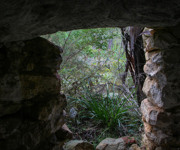 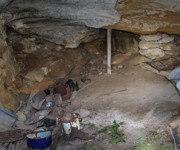 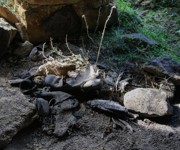 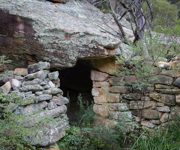 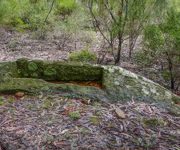 A large Cave House built by a miner who once worked in the Airly Shale Mines
Last Updated: 04-01-2019