There were 2 main mining periods at Mt Airly. Each was serviced by its own tramway.

A single track, narrow-gauge, horse-drawn tramway ran south then south-west from the Genowlan Mine adits near Airly Gap for about 1,300 metres down hill to connect to a steel rope haulage with a Self-Acting Incline.

Each adit serviced by the tramway had its own siding. This allowed loaded skips to be moved to the tramway ready for the journey to Capertee.

It is an easy walk to follow the tramway from the mine tunnels to the point where it connected to the self acting incline. 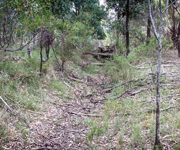 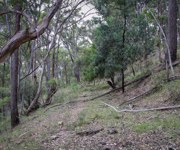 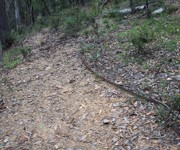 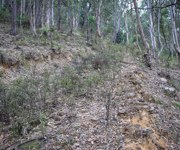 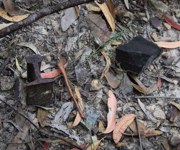 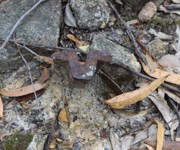 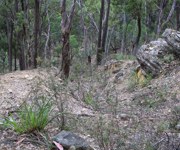 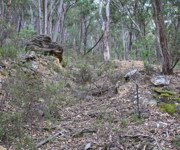 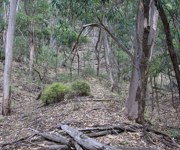