Tunnel Terrace Gorge is a large blind canyon behind the Glow Worm Tunnel.  The gorge was eroded by a Tunnel Creek tributary.

The western walls of the gorge are sheer cliff topped by fabulous platy pagodas. The eastern wall is a low cliff line decorated with another set of pagodas.

Erosion under the western cliffs has created an amazing series of overhangs and terraces along almost the entire length of the gorge.

The gorge looks like there is no easy way in or out.  On the eastern side, not far from the northern end of the gorge there is a narrow, hidden slot that leads up out of the gorge. Fantastic. 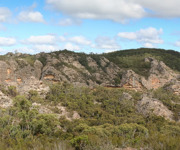 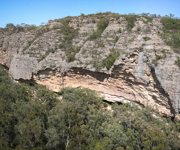 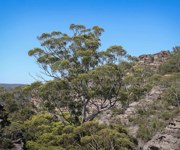 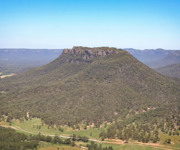 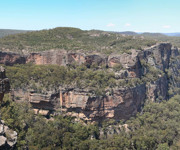 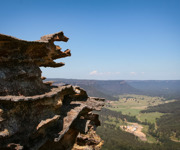 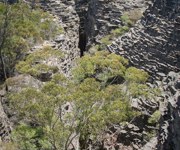 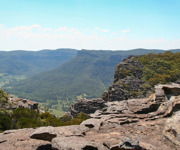