It was built so oil shale from the Glen Shale Mine could be transported to the railway using the existing cable haulage facility, the Katoomba Incline, in the Jamison Valley.

The tunnel is about 3 metres wide and about 1.2 metres high for most of its length. It was just large enough for the double track tramway. It looks like the tunnel was dug from both ends. The Megalong Valley side is slightly lower. There is a larger space in the tunnel where the 2 levels meet.

Water, knee deep, has pooled in 2 sections of the tunnel. It is a dark orange colour, stained by the ochre in the rocks.

When mining was finished the Mt Rennie Tunnel portals were blocked. Over time the portals have opened enough to allow a person to squeeze through.

The Mt Rennie Tunnel is home to a small colony of bats.

For safety reasons the Mt Rennie Tunnel is now closed. 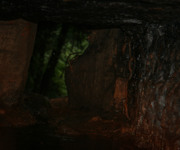 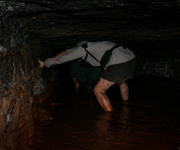 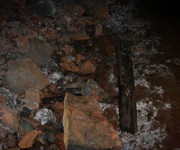 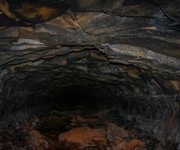 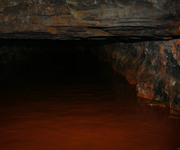 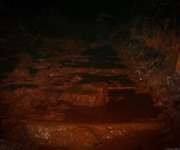 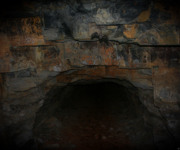 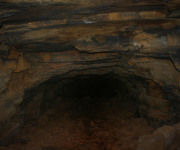 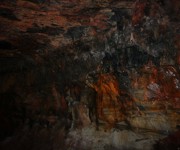 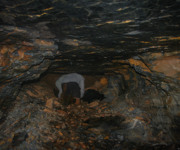 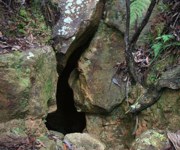