The ledge starts at a steep gully 150 metres south of Sliprail Creek & runs to Glen Raphael Head, ending in a steep rock scramble.

The ledge offers some terrific views over Breakfast Creek, the Wild Dogs and the Krungle Bungles as well as interesting geological structures.

George Harley and Geoff Milton are known to have used the ledge in the 1950s as a way off Narrow Neck. Michael Keats used the name Harmil Ledge (after Harley and Milton) when looking for the route in 2006. 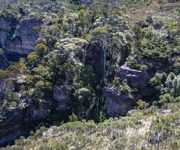 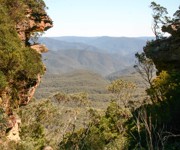 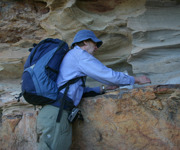 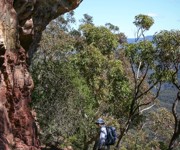 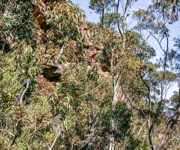 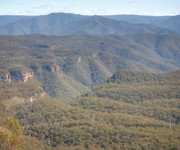 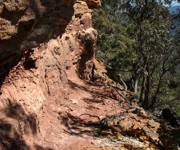 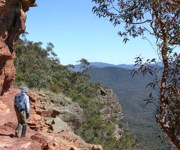 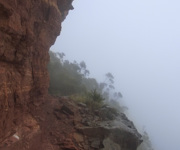 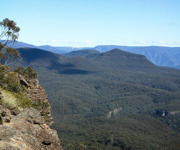 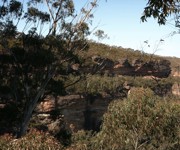 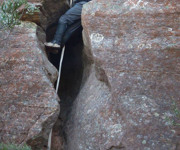