The Glow Worm Tunnel is one of 2 tunnels built for the Wolgan Valley Railway.  The sweeping curve in the tunnel took the railway around the tight constructions in Bells Grotto and into the Tunnel Gorge and out into the Wolgan Valley.

There is a constant trickle of water through the tunnel, draining from the cliffs above the old track.  The temperature and humidity is reasonably constant within the tunnel, providing an ideal environment for the tiny Glow Worms that live there.

The Glow Worm Tunnel is about 1.5 kilometres from the Car Park, following the route of the old railway, under cliffs, through cuttings and crossing a deep gully.

The Glow Worm Tunnel is a popular tourist destination.  Torches are needed to walk safely in the tunnel but visitors are requested to keep light to a minimum to avoid disturbing the Glow Worms. 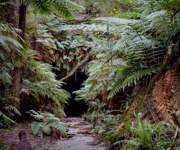 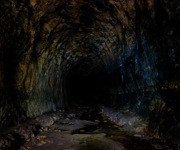 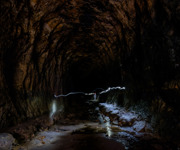 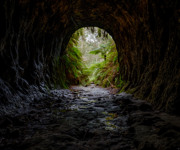 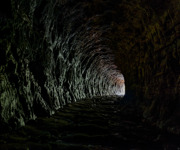 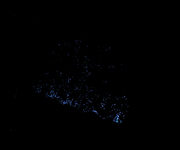 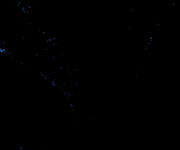 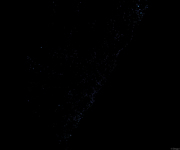 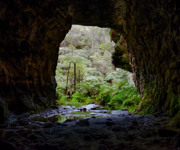 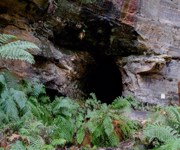 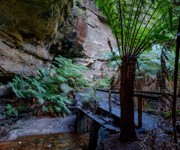 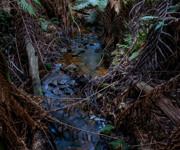