Duncans Pass heads east around the nose of the cliff. It is necessary to work your way through thick bush for about 100 metres until you can thread your way down through the low cliffs to the lower level. Then you have to work your back to the west to the ridge just south of Tarros Ladder.

Not many people use Duncan's Pass these days, most preferring Tarros Ladder. The rute could easily be used by someone worried by exposure on Tarros Ladder so is well worth knowing about.

In the 1880s, well before Tarros Ladder, the Duncans Pass route was used by miners. At that time it was known as the Miners Pass.

I have also seen documents referring to Duncans Pass as the Wallaby Track. 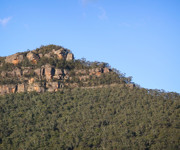 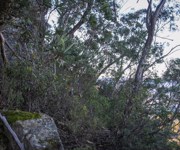 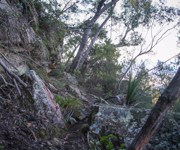 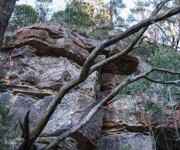 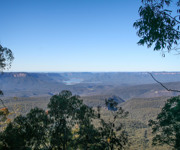 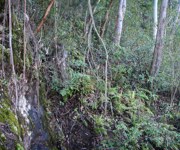 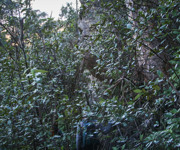 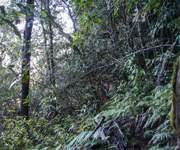 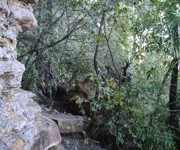 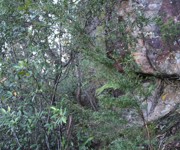 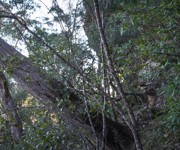 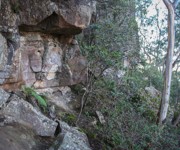 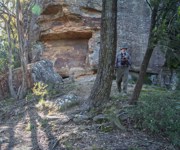