Donkey Steps was the name given to the the original route into the Wolgan Valley in the late 1860s. The route can still be seen on topgraphical maps.

The route was steep. Sections of the route were dug using picks & shovels. Pick marks can still be seen in the rocks in the cuttings.

Apparently, donkeys were used to transport goods into and out of the valley.

A spring part-way down the old pass still provides fresh water. The water pours out of a hole in the rock. Over the years, disolved iron salts in the water have formed stalactites on the rock face below the spring.

A new road was constructed in the late 1890s. This route is still used today. 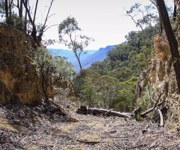 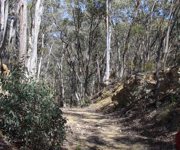 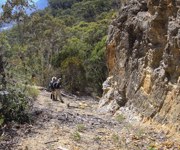 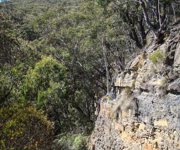 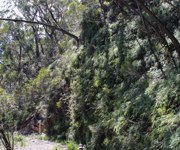 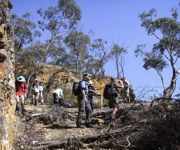 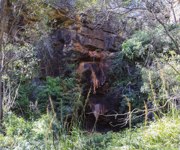 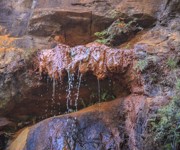 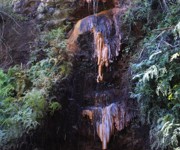 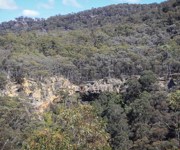