The Cave Hotel is a deep cave located on the northern side of Bell's Line of Road between Mt Charles and Mt Bell.

The western wall was elaborately engraved with emu foot prints by the Aboriginal people who once lived in the area. There are other reminders nearby, including grinding grooves on the rocks above the cave, on the Camels Hump, on Mt Banks and a hand stencil on Mt Bell.

White people didn't use the Cave Hotel until about the early 1870s. Some accounts suggest that the Cave Hotel provided shelter for travellers avoiding the toll on Mitchell's Victoria Pass. Others suggest the cave was used to sell alcohol to travellers.

A rock surface outside the cave bears the inscription:

THE CAVE HOTEL
BY
T SHEARWOOD

The cave is also known as the Emu Cave. 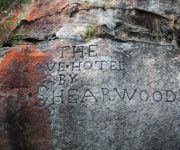 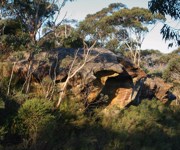 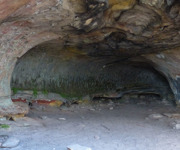 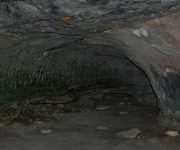 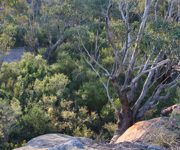 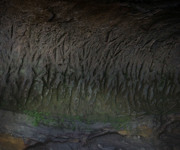 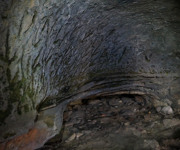 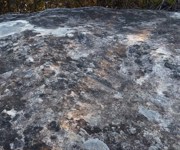