The site for the Asgard Mine was developed over many years, probably from 1880 to 1925.  There is a well constructed Kiln just near the Mine Adit.

This site was just one of a number of sites in the upper Grose Valley to be investigated by prospectors.

Over the years the site was leased to a number of different people. There are a number of other relics in the vicinity as well as other mine adits.

The inside of the Kiln looks as though it was never actually used.

E Higginbotham and R. Ian Jack published a very interesting archaeological study of the site in Australian Archaeology, Volume 15 in 1982. 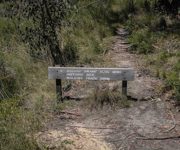 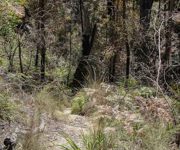 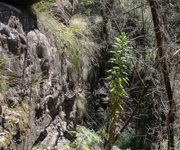 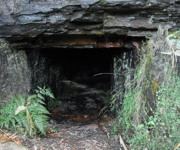 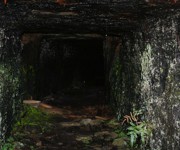 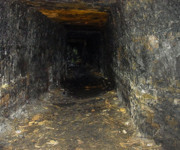 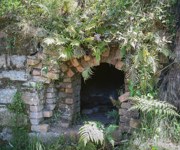 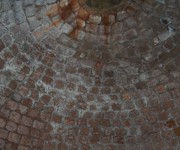